Helen Wales Photo Album with Memories in her Verse – 2

Back yard in Brookline – Church next door 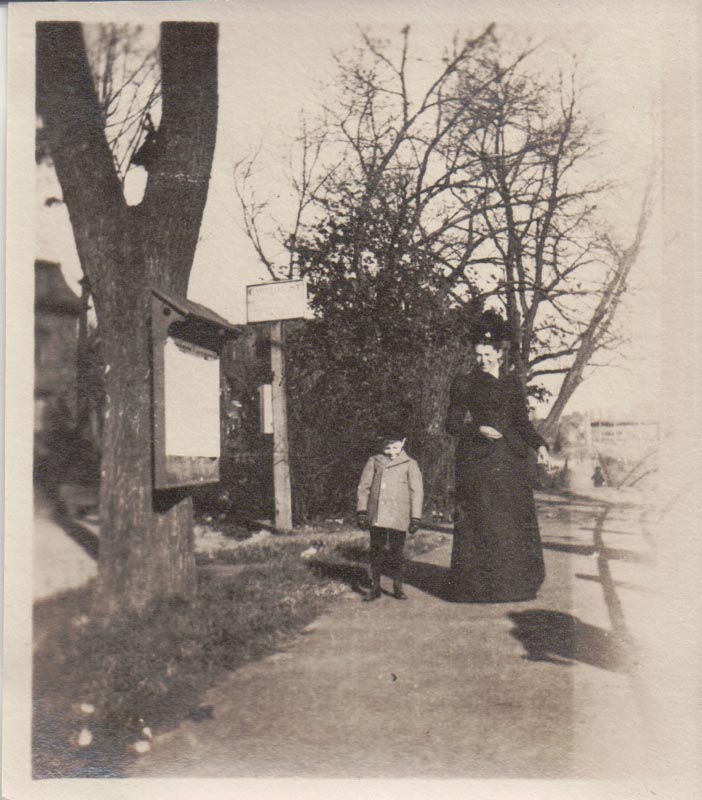 Now as I sit and turn my thoughts back
Things to write about I surely don’t lack.
Where shall I start so my story reads well,
There are endless events of which I can tell.

John says “put into verse our family life.”
So here I start with Father and his wife,
She was my Mother so the story goes,
My sister Susan was light on her toes.

I was just five when they moved the first time,
The house was bigger, family life was sublime.
The very next Spring my brother was born,
This event took place one May, early morn.

.
We lived next to our church, it was quite handy,
On the other side, it really was dandy,
Our Wales Grandparents lived, on the corner,
We saw them often, abroad they went in summer.

We had a large yard, all the children came,
And every last one had a part in the game,
As we grew older we had pets to look after,
That brought new interest, time went faster.

Where did we live during these early years,
Brookline, a fine town, and Boston it’s near,
Many years later, we lived in Linebrock,
At these times we’ll take a later look.

More about the Wales family in Brookline
Back
Table of Contents